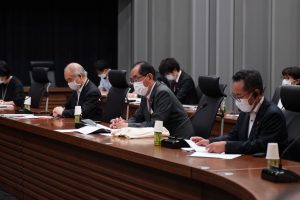 On July 19, an international conference,the International Conference “Rice Cultivation and Malaria Control in sub-Saharan Africa,” organized by Malaria No More Japan, was held at the House of Councilors building. In response to the results of the latest literature review showing that rice cultivation, which is spreading in sub-Saharan Africa, is increasing the risk of malaria infection, experts and officials from support organizations discussed the results, made proposals for future measures, and confirmed their approach to the relevant organizations. A summary of the meeting is reported below.

In the sub-Saharan region, rice consumption is rapidly increasing due to population growth and urbanization, but rice production is not keeping pace. At the Fourth African Development Conference in 2008, when food prices were soaring worldwide, the goal of doubling rice production in the next 10 years was included. In response, the “Coalition for African Rice Development：CARD Community for the Promotion of Rice Cultivation in Africa” established by several organizations including the Japan International Cooperation Agency (JICA) and another organizations began providing full-scale support, and rice production in the region doubled in the 10 years to 2018. HoweverIn fact, rice consumption is has been also growing rapidly, and but the region’s rice self-sufficiency rate remains at 48% (as of 2020), so increased increasing of the rice production and its support is would be expected to continue in the future.

On the other hand, new challenges are emerging. Recent studies have shown that the risk of malaria infection is higher in rice-growing areas than in non-rice-growing areas, and that there is an urgent need to introduce measures to rice paddies which are the main breeding sources  of the vector mosquitoes. However, information that paddy fields are a risk factor for malaria transmission has not been fully disseminated in the endemic field.

Therefore, the latest results of the survey results and specific measures to prevent malaria infection in rice-growing areas were shared at this day’s conference. 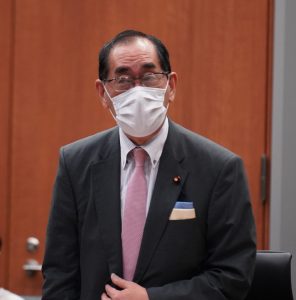 In his opening remarks at the meeting, Hon. Takeaki Matsumoto, Member of House of Representatives, and Chair of the Parliamentary Group to End Malaria by 2030 in Japan, which is a nonpartisan group of Diet members, commended the existing support for the promotion of rice cultivation, saying that “It has played an important role in improving the lives of local people and Japan’s international position”. He then stated, “We would like to listen attentively to the results of the study and respond to them in order to carefully assess the degree of its risk.

Latest Findings Show a Shift from the “Paddy Paradox” 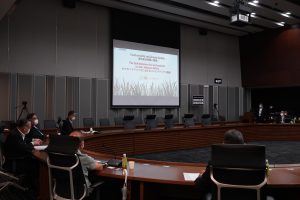 Professor Jo Lines and Research Assistant Kallista Chan of the London School of Hygiene & Tropical Medicine, UK, explained the relationship between rice cultivation and malaria in the sub-Saharan region.

With the spread of infection control measures, the annual number of malaria deaths in African region has decreased by about 50% compared to that of 20 years ago, but the situation remains serious in the sub-Saharan region, accounting for 90% of all deaths from malaria worldwide. The reasons for this include: (1) high lethality by Plasmodium falciparum which is most widely distributed in the region; (2) fragile health systems; and (3) the characteristics of the biting behavior of vector mosquito (Anopheles gambiae) which prefers sucking blood from humans.

This result, which was contrary to the initial expectations, has been called the “Paddies Paradox” supported for the past 20 years as a hypothesis, suggesting that the increased income of farmers due to rice cultivation and the immunity acquired through past infection may have suppressed malaria infection in rice-growing areas.

However, a recent study has revealed that since 2003, when malaria prevention measures began in earnest, the number of infection in rice-growing areas has been higher than that in non-rice-growing areas.

As a reason for the result that overturns the conventional “paradox,” Professor Lines pointed out that “over the past 20 years, health system has improved, mosquito bed nets and insecticides have been used widely, and the rich-poor gap in rice-growing areas and other areas has disappeared, making the people more equal”, explaining that the wider spreading of preventive measures has eliminated disparities between regions, which eventually disclosed the apparent relationship between rice cultivation and malaria.

Based on the latest findings, Research Assistant Chang introduced such concrete measures to control the breeding of malaria vector mosquitoes in rice paddy fields as application of larvicides, paddy farming of fish that eats the larvae of vector mosquitoes, and “intermittent irrigation” by which rice paddies are irrigated and drained repeatedly. She stated that “a combination of short-term and long-term interventions are needed”, taking into consideration economic efficiency, sustainability, and environmental impact.

“Rural development that includes healthcare and education as part of the package”. Experts exchange their opinions

Dr. Akira Kaneko, a specially-appointed professor at Osaka Metropolitan University, Graduate School of Medicine, praised the report by Professor Lines and his colleagues, saying that “This clearly shows the relationship between paddy rice cultivation and malaria transmission in Africa”. “The relationship between rice cultivation and malaria in infants, as well as the relationship between asymptomatic infection and rice cultivation, are needed to be examined”, he said. He also suggested awareness-raising programs for farmers and farmer-led monitoring of mosquito larvae in rice paddy fields as a way to reduce the incidence of mosquitoes. He finally touched on a reconsideration of agricultural development support measures based on a single crop such as rice, saying that “It has been pointed out that foreign aid for agriculture has contributed to the loss of Africa’s biodiversity and has not helped those people from poverty”. 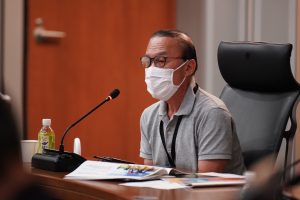 Prof. Noboru Minagawa, Institute of Tropical Medicine (NEKKEN), Nagasaki University, stated that Dr. Kaneko’s point needs to be taken very seriously. “Malaria control also needs to be considered from various aspects, including measures against larvae and adults, the spread of mosquito bed nets, and some control strategy against asymptomatic infection. In rural development, the measures for not only agriculture but also healthcare and education in packages must also be considered. In this sense, I think the keyword in today’s report is ‘diversity”, he mentioned. 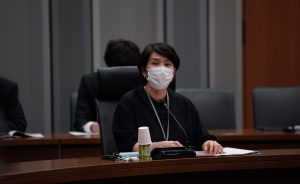 Then, Ms. Sachiko Imoto, Senior Vice President of JICA, who has been supporting the promotion of rice cultivation in the region, expressed the current situation and future prospects of the promotion. She noted that the malaria control measures taken in the past while supporting the promotion of rice cultivation were “limited”. She stated that “we should start sharing awareness at the field level with farmers from both the agricultural and health point of views.

On the other hand, she also noted that rice cultivation has improved farmers’ incomes and facilitated access to net windows, mosquito bed nets, and insecticides. She expressed her desire to strengthen future efforts by carefully considering the benefits and risks, and to share information and raise awareness with government officials involved in malaria control supported by JICA and local rice farmers in order to implement measures that match the actual conditions in the region. 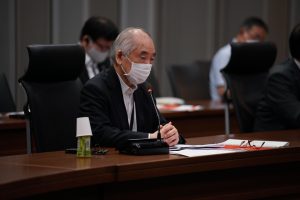 After the discussion, Prof. Shinyo, Chairman of the Board of Malaria No More Japan, submitted a “policy recommendation” to the members of the Parliamentary Group to End Malaria by 2030 in Japan, calling for attention to both sides of the issues on promotion of rice cultivation and malaria control. Chair of the Parliamentary Group, Mr. Takeaki Matsumoto, together with Vice Chair Tomoko Abe (a member of the House of Representatives, the Constitutional Democratic Party of Japan), Secretary General Motohisa Furukawa (a member of the House of Representatives, the Democratic Party for the People ), and Secretary General Masashi Kumano (a member of the House of Councilors, the New Komeito Party) received the letter. 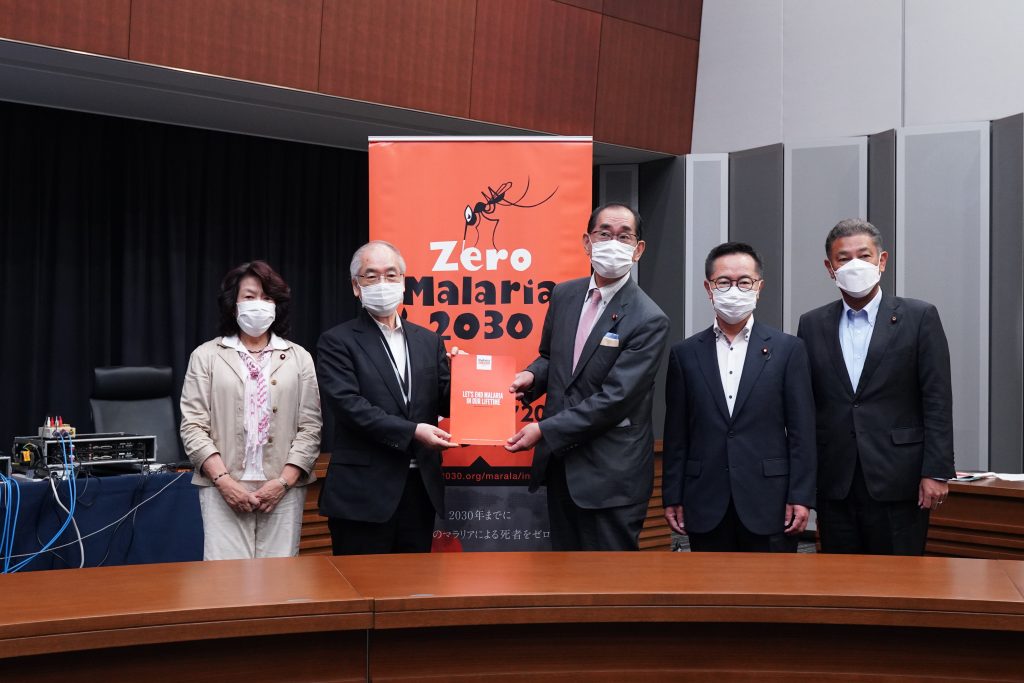 The content of the written request is as follows